Historical and fantasy Baroque pirates coats with silver or gold trim, also to use as wedding clothing

Baroque jackets, often with better looking velvet in the colors red, black, blue or brown and with rich silver- or gold trimming or embroidery decorated for the nobles.
Baroque jackets are worn in movies such as The Brotherhood of the Wolf (Pact des Loupe), Kidnapped, Pirates of the Carribean, Longitude, Madame de Pompadour, Valmont, Rob Roy en Nouvelle France.

The clothing of the nobles in the 18th Century in particular, was often stolen by pirates. The prettiest coats of course for the pirate Captain, such as Blackbeard, Jack Sparrow, Long John Silver, Captain Hook with his famous red pirate coat and many other pirate Captains.

Nowadays such jackets are worn by f.e. re-enactors, actors or people who have a hobby on the fantasy fair area. Also, these jackets are being used for various theme parties or Carnival.
These jackets, but also many other of our jackets are also very suitable for wedding clothing (a theme wedding).

Some of the Baroque coats and many of the other jackets are created by Pirates Cave itself and are all unique. Each coat is just a bit different than the other coats.
In contrast, the other coats some bit cheaper class, are standard coats and are purchased through wholesalers.

To determine your size, use the link in the Topbar "size converter".

Some pictures can reflect the colours of the articles not quite correctly in comparison of the real article, also depending on the view on everyone's screen. 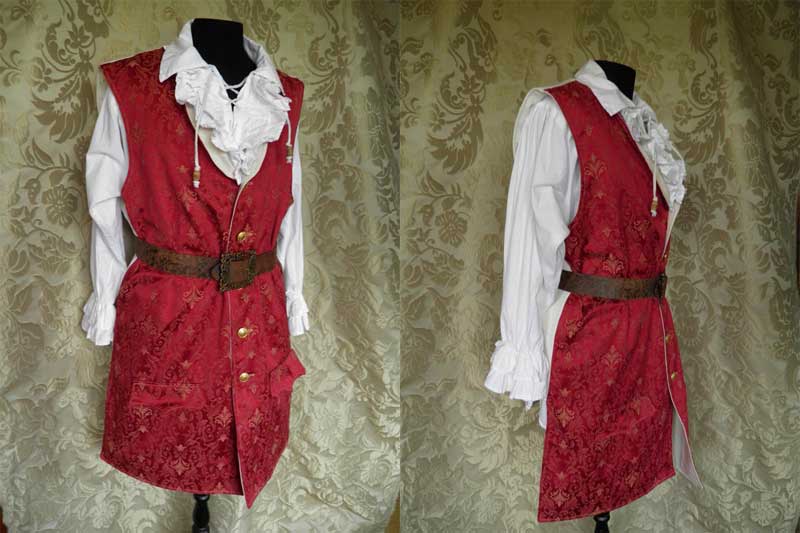 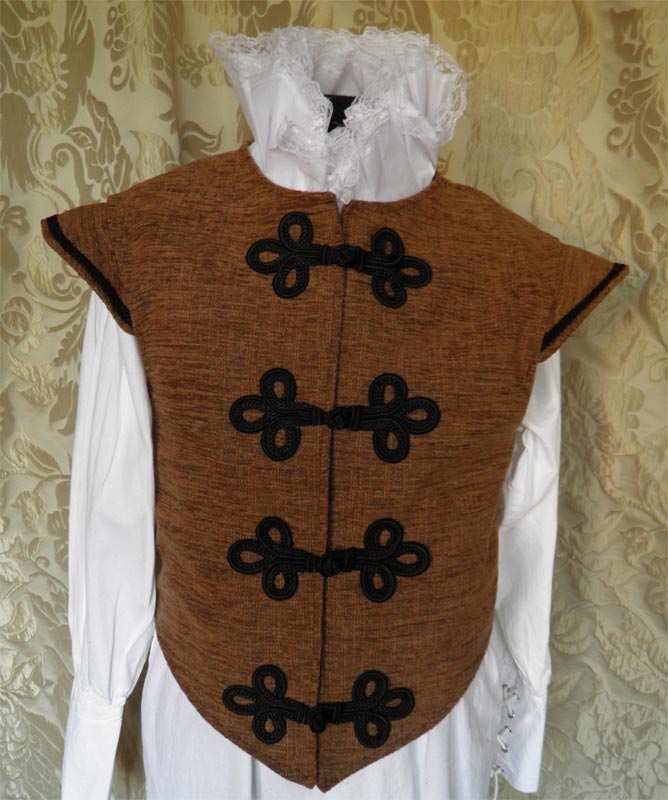 And more credit cards  depending on what Country you live in.
Worldwide with: Paypal payments as a guest or as a member.
Beside Paypal, European payments can also be paid by;
bank transfer or Internet banking  (IBAN)
Payments can be made in:
EURO | USD | GBP | AUD | CAD
JUST CHOOSE YOUR CURRENCY AT THE TOP
21% Tax Included for all prices - Terms and conditions - Privacy Statement
Website created with EasyWebshop